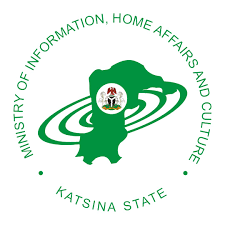 The Katsina state Ministry for Women Affairs says it will embark on a campaign to sensitize women in the state on the need to come out en mass and contest for elective political offices in 2023.

The Commissioner for Women Affairs, Hajia Rabiatu Muhammad-Daura, who announced this in a chat with newsmen on Thursday in Katsina, decried the current situation whereby the state had no female representative in either the National or State assemblies.

“We are starting from the bottom up, we want many women to come out and contest for seats at the state House of Assembly in 2023,” she said.

Muhammad-Daura assured women in the state of empowerment packages in 2021 that would assist them to be self-reliant and enhance their economic status.

She said that the plan for more packages in the coming year was in line with the administration’s determination to improve the living conditions of women because of the role they play in the society.

The commissioner recalled said that the government had empowered 34,000 women with clean cooking gas cylinders, and linked thousands of others to various financial institutions who provided them with start-up capital in 2020

She disclosed that the ministry, together with relevant authorities, would also continue to intensify its campaign against drug abuse among women