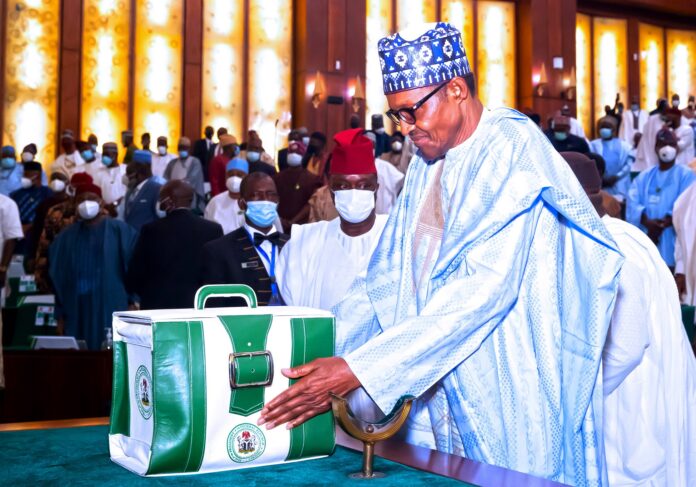 … harps on priority areas such as education, job creation and rail development

The Member representing Etinan/Nsit Ibom/Nsit Ubium Federal Constituency and Chairman House Committee on Judiciary, Hon Onofiok Luke Today at Plenary advocated for increased budgetary allocation to key sectors of the economy in the 2021 Appropriation Bill currently before the National Assembly.

Luke in his contribution to the debate on the 2021 budget proposal submitted by President of the Federal Republic of Nigeria, Muhammadu Buhari GCFR maintained that allocation to the power sector was necessary to drive growth of the economy that largely depends on power. He applauded Mr President for the increase in the allocation to health, education while also advocating for increase in other key sectors like agriculture and rural development.

He stressed the need for an increase in the budgetary allocation to the Judiciary, especially given the nomination of new Justices to the Supreme Court which will mean that more money will be needed to provide for the demands of their office.

Luke made a case for an increase in allocation to the Ministry of Works to enable the Ministry embark on the construction and rehabilitation of roads in the country, with particular reference to the Calabar- Itu Highway, Ikot Ekpene – Aba and Ikot Ekpene- Umuahia Roads that have posed enormous challenges to commuters.

The lawmaker urged the Federal Government to refund money spent on construction of Federal roads to the government of Akwa Ibom State just like other states of the federation have benefitted.

Mr Luke still in his contribution to the debate on the 2021 appropriation Bill stressed the need for the Federal Government to give utmost priority to rail development as a way of opening up the Eastern Economic Corridor that will make the Calabar- Oron- Ikot Abasi- Port Harcourt- Lagos coastal line functional.

While commending the President for the social Investment programmes(SIP) especially the Youth Investment Fund proposed in the budget, Mr Luke raised concerns about the judicious use of funds for the SIP.

On the rising public debt profile of the country, the Lawmaker cautioned that nation could be leaving a critical debt burden to the coming generation, except such debt are used to finance sectors that will generate funds for repayment.